Zendra is a Newgrounds Moderator from the Netherlands, who joined Newgrounds in 2003. As of April 2010 he has a massive 12.7 K posts. He asked to be demodded for a period of time so that he could study more. Zendra has a small portfolio of high-scoring audio tracks in the Audio Portal. He is currently studying Business Economics at University.

Zendra has been active on the Programming forum for years, indeed he credits the forum for teaching him a lot of what he knows. Indeed, though he opted to go into Business, he has done part-time work in computer programming whilst at University.

Zendra became a review moderator early in 2006, which makes him one of the longest serving review moderators in the team. He also took on BBS moderating, but has struggled to keep up doing both on top of his studies. However, having balanced his life differently, he became an Audio moderator in 2010.

Zendra was once demodded from being an audio, BBS, and review moderator on March 25th, 2011 for creating a racist thread about 'learning' Chinese, even though it was actually mocking the Chinese language and Zendra had also posted a racial comment in his thread about being racist, with Wade commenting, 'You are not setting a very good example as a mod today'. Zendra was also demodded for creating a thread about differences and had posted a picture with 2 derogatory terms in that same thread. Both of Zendra's threads had been terminated. He was then modded back to becoming an audio, review, and BBS moderator after a short time. 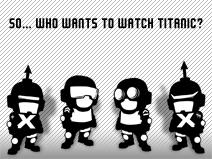 He has produced a few high-scoring tracks during a vacation, which he compares with MGS or Splinter Cell. Zendra's Tracks

Retrieved from "https://newgrounds.fandom.com/wiki/Zendra?oldid=28221"
Community content is available under CC-BY-SA unless otherwise noted.