Wikigrounds, the free Newgrounds encyclopedia is a community site that anyone can contribute to. Discover, share and add your knowledge!

Want your community included? See how! 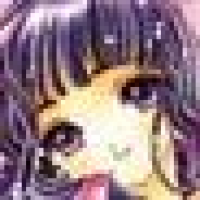