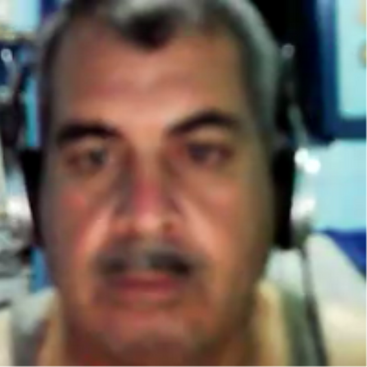 Lunarhawk69 is nothing but your typical American Newgrounds chatgoer. Some of his favorite hobbies include eating candy and cheeseburgers, riding in circles on his bicycle, and getting hit by oncoming traffic on his bike. In terms of his education, he has many degrees in fried chicken. Some of his favorite musicians include One Direction, Shania Twain and the Brady Bunch. His favorite TV show is Macgyver, and he is currently reading through the first Twilight book in the series. Lunarhawk69 is also a pre-dominant racist and avidly follows the teachings of Adolf Hitler from his famous book "Mein Kampf". He once sued a Chinese family on the grounds of "being too immigrant," and won the lawsuit, forcing the family into poverty. It is reported that he used the money to buy more candy and cheeseburgers. He also "really really fucking hates grandfathers"

Lunarhawk69 was also unfortunately born with the condition known as "micropenis" and has had to undergo severe psychological reconditioning for several years to cope with the fact. He is also a well-known internet predator. The CIA is currently still trying to track down his whereabouts; As of this moment, he is currently assumed to be responsible for 69 individual cases of abducted/missing children and grandparents. He reportedly sells the individuals to the black market for heroin. And more candy and cheeseburgers.

The family of a recent victim to the infamous Hawk was quoted as saying "It's like he took my little baby right out of my hands; swooped in like... Like a hawk, and just flew away, never to come back"

His signature is to leave a piece of popeye's fried chicken on the bed inside of the victim's house. Police investigators still haven't concluded as to why this is the case.

Retrieved from "https://newgrounds.fandom.com/wiki/Lunarhawk69?oldid=29407"
Community content is available under CC-BY-SA unless otherwise noted.