Ry gets bored on the Newgrounds site since he's been on Newgrounds for a while and he isn't into violence. Brock brags about his video for Madness Day:

His character goes to a Newgrounds building to rescue the Prejudice's daughter. He encounters and kills various popular Newgrounds characters which include:

After Taco Man exploded, the scene goes back to reality when Ry interrupts that he doesn't want to be spoiled and tells Brock to post the flash to Newgrounds immediately. Brock then claims that his Flash had crashed and he lost it, then his computer exploded.

The Scene later goes to Tom Fulp in bed with the Strawberry Clock. It turned out it was just a dream. Strawberry Clock later ordered Tom to suck his penis. The flash ends after Tom Fulp said "Mmmmm, tastes like strawberries."

Life in Portal: Madness starts with a similar style to the other entries in the series. However, Brock's animation is shown in a traditional greyscale Madness style. The various popular Newgrounds characters are all also drawn in their native styles, and are voiced by their original creators.

Life in Portal: Madness won third place for Madness Day 2009. It also won the Daily Second Place and Weekly Second Place Awards, a notable accomplishment for a submission on such a busy week. As of September 2010, the movie has over 600,000 views, an average score of 4.43/5, and average review of 9.7/10, making it Sam T's best rated movie. Furthermore, Life in Portal: Madness is in the Madness Day and Flash Portal History collections. It was also featured on the front page. 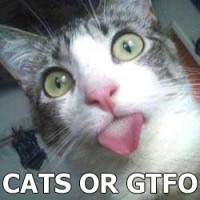