Edd Gould joined Newgrounds on June 6, 2003, and submitted an animation titled "Edd" shortly afterward. He created animations starring cartoon versions of himself and his various friends like Matt and Tom.

From 2003 to 2011, Edd Gould won over 60 awards for his movies alone, including sixteen Daily Features, five Review Crew Picks, and two Weekly Users' Choice awards. Hammer & Fail 2 was nominated for the 2011 Tank Awards.

On March 25, 2012, Edd passed away due to Leukemia after a six year long battle. In this video he and his team explained what was going on in their lives as Edd goes in for treatment of his second bout of leukemia in 2011. 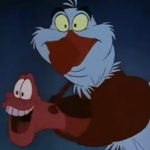